Do It Yourself - Water Hose Blog

Cold Weather Gardening: What to Plant in the Fall? 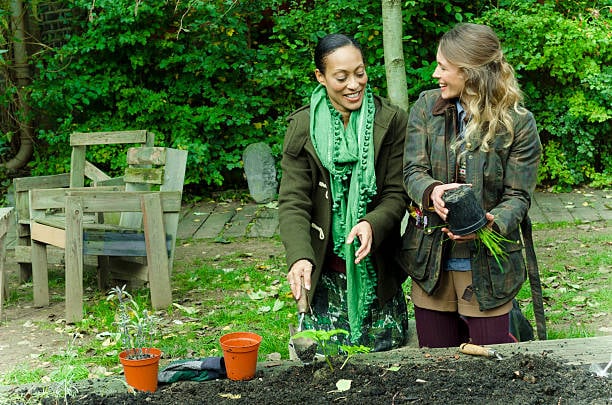 What a season it’s been. The buds became blossoms that bloomed – but this morning, there’s a chill in the air. While some see it as an end to the growing season, smart gardeners know this is the perfect time to start planting.

Take a walk through your garden center and you’ll hit “pay dirt,” as the prices on shrubs, plants, grasses and trees are drastically reduced! You can bring home a bounty of “rescues” for a fraction of what they cost in spring.

In the fall, the soil is still warm, perfect for allowing roots to establish before the ground freezes. The goal is to plant about six weeks before the first hard frost. And what a glorious time to be working outside, in the crisp fall air, without the heat, humidity and bugs of summer!

Bulbs that bloom in spring – like daffodils and tulips – are best planted in the fall when soil temperatures have cooled a bit. Choose large, plump, firm bulbs and put them in the ground pointy side up. There’s no need to place them in formation, because the idea is to create natural groupings, as though Mother Nature planted them herself.

Trees and shrubs love to be planted in cooler weather, as there’s plenty of time to establish themselves before the summer heat arrives. The majority of root growth happens during the dormant season, using energy that was stored during the growing season. Just remember to cover the ground around them with a good layer of protective mulch.

Vegetables make you strong – and they’re strong themselves! Many react to the cold by producing more sugars. Broccoli, carrots, cauliflower and kale are undaunted by frost. Collards and leeks are among the heartiest, able to withstand 5º temperatures. But the winner? Green onions. They triumph over frost, freezing temperatures and snow!